Transformation of Reality into the Painting 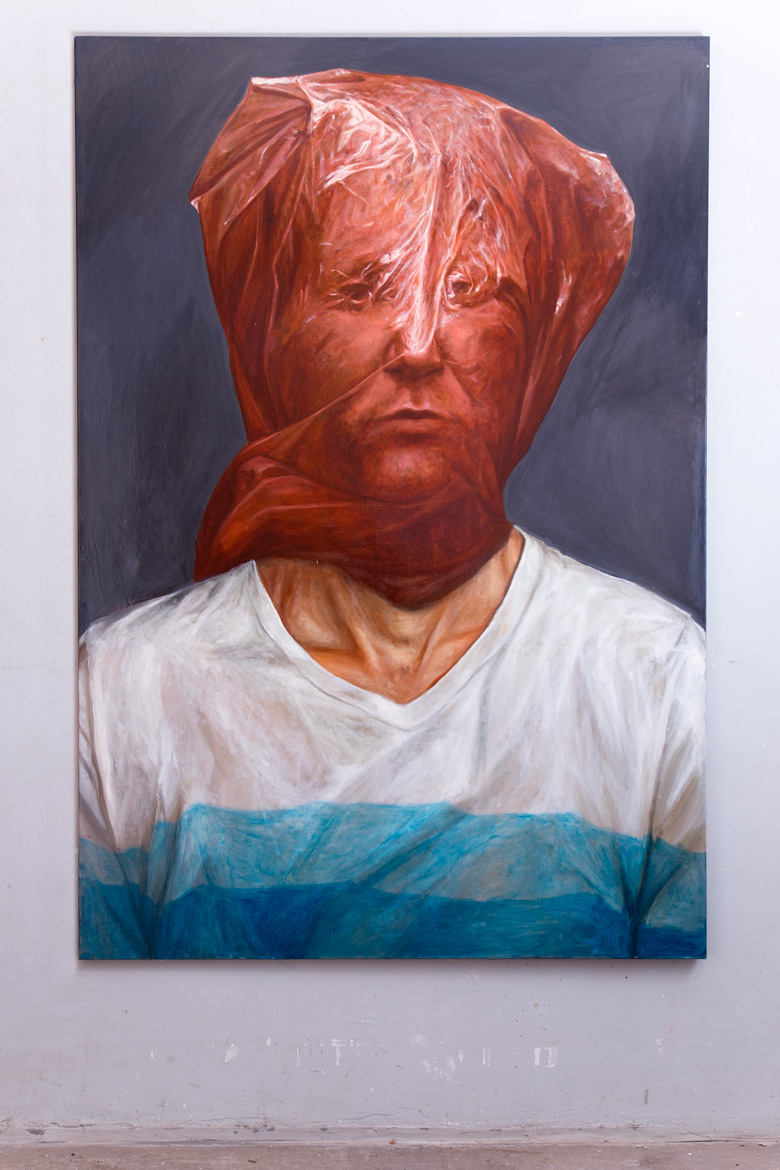 Milan is my colleague from the faculty who just received his doctorate at the University of Arts. He invited me to photograph his paintings of the doctoral exhibition for the catalog. There is an extensive dissertation about his work, but I'll leave it to him to explain. I wanted to show you these great dimensions of oil on canvases. These were not easy to photograph in his studio. Since dimensions are over 2m, we had to deal with reflexes that are inevitable with oil paintings. We have devised ever new ways in order to control its glare and to achieve the matte effect of the pictures to present them as accurate as possible. I even asked Milan to take the door off and set it at an angle to the pictures in order to have a continuous shadow. Although he needed, in fact, only the cropped images for the catalog, I was "framing" his beautiful canvases, I would say, according to my graphic sensibility, taking care of floor position and wall elements. Sometimes a reflex appears here and there, but I did not want to edit it in Photoshop because I wanted to keep the sense of space and ultimately, I wanted to unconditionally preserve the texture of the image. "His thematic preoccupation is a modern post-industrial era with all the problems that it brings us: the alienation of man from man, man from nature, planetary contamination... With his virtuosity of performing the painting in a completely classical manner and powerful personal imprint, as well as a very engaged and current topic, Milan Pantelic belongs to the very gifted and promising artists of today. " (From the review by Slobodan Kajtez, professor at FPU)