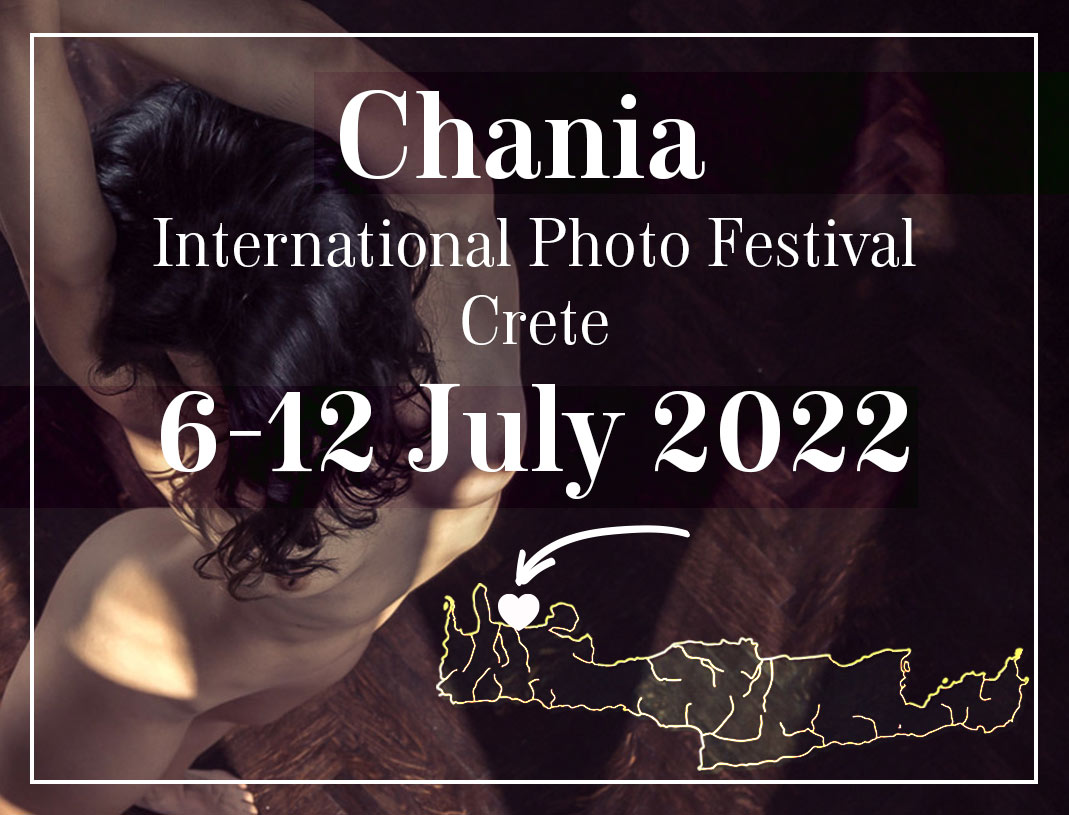 I am happy to announce that I will be a participant among other art photographers from all over the world in Chania International Photo festival. From 6th to 12th of July in 2022, the town of Chania is turning into an international center of artistic expression focusing on photography. The participants of the festival have been announced and since there are over 450 photos from all over the world, I am happy to be the only participant from Serbia. You can see the participants with photos at this link.

Chania is a city on the northwest coast of the Greek island of Crete in the Mediterranean sea. I visited Crete a few years ago, and here’s a video with my impressions of it.

The festival will take place at the Center of the Mediterranean Architecture (CAM) in a building dating back from 1595, at the Old Harbor of Chania.
The building is known as the Grand Arsenal and was the biggest shipyard located in the Venetian port of Chania. During its lifetime it has hosted many Public Services for the Town of Chania. In 1997 started its renovation, which turned the building into one of the most important cultural centers in Crete. Some of the biggest events, which take place in Chania, are hosted on its premises.
It is easily accessible and visited by thousands of people daily. Here’s the map of Crete Island to get an idea of the position of the town of Chania.

I visited both the north and the south of Crete, and from my memory, the island is big enough to feel a significant difference between regions. High Cretian mountains have their active winter season which, however, lasts a shortly. Apart from archeological sites, and the incredible culture and past that Crete is proud of, here you might find beaches that are likely an untouched nature. Bear in mind that it is nearly impossible as Crete has been inhabited since far ancient times. The first data is about the Minoan civilization whose earliest beginnings were from c. 3500 BC until it ended around 1100 BC. Walking the path of these amazing ancient relics has a divine sensation.

Unlike other islands, such as Cyprus and the Cycladic islands, which are at approximate geographical latitude and longitude, Crete is green and hilly and has large forest areas. There is no point in trying to visit it all during one summer vacation, but you should leave something for the next time. Simply, Crete has so much to offer that it needs to be given a chance over and over again. Let this photography festival be perhaps another reason for Crete to be your choice this summer.

My photograph which will be exhibited there is from the series Vita. You may enter the gallery by typing the obvious pass.

You may guess which photo from the series the jury from the festival chose to be exhibited. Send me your guesses!

The festival is over, thank you, Crete!